Round 3 of the summer league was a home fixture for Swindon and the plus sized pool at Milton Road would add new challenge for the swimmers as races in this league are categorised by the number of lengths and not distance in meters. The 1 length races were started at the shallow end to keep all finishes at the deep end and so shallow diving starts were essential for most swimmers.

The first races on the programme were the men’s and women’s open 4x1L medley and our first swimmers were Tyler (3rd) and Emily (3rd).

Max S (1st) and Molly (2nd) up next in the U12’s 1L butterfly. Molly (swimming up an age) was unlucky not to win and both swimmers got new PB’s. Up next were Craig (3rd) and Beth (3rd) up next in the U16 3L freestyle. Craig was in a close race, just missing out on 1st place in the final length.

James (3rd) and Annabel (1st) in the U14 1L Breaststroke with new PB’s. In the 3L backstroke Alyx led the whole race but the Warminster swimmer fought back hard in the final length but Alyx held on to get the touch. Liberty was in a neck and neck race with Warminster and Wroughton but just couldn’t hold on during the tail end of the race.

In the relays, George, Kyle, Max S and Finlay came in 3rd in a nail biter of a U12 boys medley. Whilst Alex S, Freya, Molly and Jayne also took 3rd for the girls in another nail biter. The U16 teams of Aaron, Craig, Tyler and James were 1st and the girls team of Beth, Olivia, Nicole and Sasha were 2nd. Aaron was 3rd with a new PB and Thea 2nd in the 1L U14 freestyle followed by Max A 2nd and Liberty 3rd in the open 3L Butterfly. Max S and Hannah up next in the U12 1L Breaststroke. The boys race was neck and neck with Max taking 1st on the touch whilst Hannah fought hard and got a new PB – well done Hannah. Tyler and Olivia both won convincingly in the U16 backstroke taking maximum points for the team.

In the next round of Relays, The U14 boys medley team of Aaron, Max S, James and Harvey took 3rd while the girls team of Emmie, Thea, Annabel and Hannah were 2nd. In the open Medley Alyx, Craig, Max A and the girls team of Sasha, Emily, Liberty and Beth with both races too close to call from the gallery.

Kyle and Hannah up next in the 1L freestyle for the U12 with both taking 1st place and both setting new PB’s in incredibly fast and close races. In the 3L butterfly. Tyler put in another convincing performance to come 1st by almost a length, whilst Nicole had to dig deep during her neck and neck race with Wroughton and Warminster to eventually take 2nd place and set a new PB.

Aaron and Emmie both took top spot in the U14 back with Emmie putting on an amazing fight back to move from 3rd place into 1st in the final third. U12 boys freestyle relay team of Finlay, Harry, George and Kyle finished 3rd and the girls team of Jayne, Hannah, Freya and Alex Sc also finished 3rd. Harvey stepped up to the U16 freestyle relay team and swam with Aaron, Craig and Tyler to take 3rd spot while the girls team of Nicole, Beth, Sasha and Olivia took 1st place in an amazing head to head with Warminster. Max S stepped up in the U14 fly along with Annabel for the girls, with both taking 2nd place

Max A in men’s open 3L free took 2nd with Emily taking 3rd. Harry was up next in the U12 1L backstroke taking 2nd place with a new PB, followed by Alex Sc for the girls who again, took top slot with a new PB – well done Harry & Alex. Craig and Sasha finished the individual races by both 3rd position in the U16 3L breaststroke.

The final round of relays saw James, Max S, Harvey and Aaron come 3rd and the girls team of Emmie, Annabel, Hannah and Thea take 2nd in the U14 Freestyle relay. The men’s open freestyle relay team of Tyler, Craig, Max A and Alyx was close to call between Swindon and Wroughton for 3rd. The woman’s team of Liberty, Olivia, Beth and Emily took 3rd. 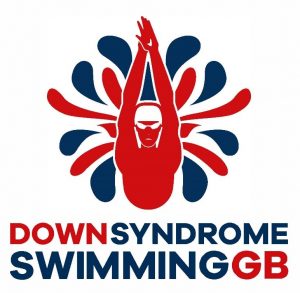 Congratulations to Holly Sullivan, who has been selected to represent Great Britain in the Down Syndrome European Championships in Paris from 30/10/17 to 3/11/17.

Holly has been selected as one of 31 athletes from all over the country. To see the full team visit: www.dss-gb.org/news/